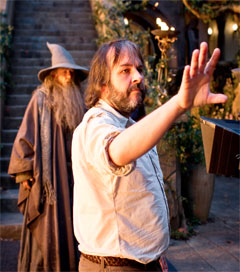 Lord of the Rings was Perfect

“The Lord of the Rings was the work of a filmmaker perfectly in tune with his source material. Its too-muchness — the encyclopedic detail, the pseudoscholarly exposition, the soaring allegory, the punishing length — was as much a product of Tolkien’s literary sensibility as of Jackson’s commitment to cinematic maximalism. These were three films to rule them all, and they conjured an imaginary world of remarkable complexity and coherence. This voyage, which takes place 60 years before Frodo’s great quest, is not nearly as captivating. The Hobbit is just one book, and its expansion into three movies feels arbitrary and mercenary.” So says A.O. Scott, critic at The New York Times.

Tags: Hobbit (The)  Lord of the Rings (The)  New York Times (The)  Peter Jackson