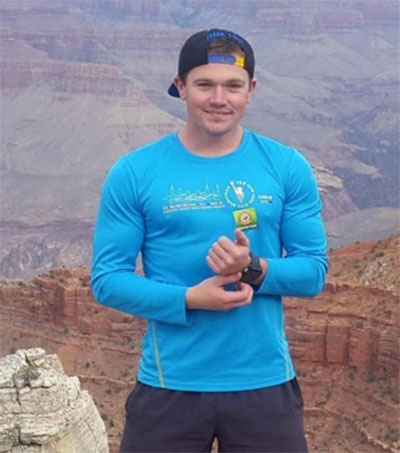 No Obstacle Too Big for Scott Thornton

New Zealander Scott Thornton was one of 1500 athletes to compete in the World’s Toughest Mudder race in Las Vegas this year, an extreme obstacle course which featured an 11m cliff jump, a back-to-back trapeze swing and an Operation-inspired game resulting in an electric shock for those who fail to complete it.

The racecourse is an 8km loop with 20 obstacles to be attempted on every lap, including the Augustus Gloop, the Block Ness Monster and the punishing Back Stabber.

The aim of the race is to finish as many laps as possible in 24 hours.

Thornton trained daily to build up endurance and even completed the New York Marathon the week before his race as a final training run.

He did his first Tough Mudder in 2014, when the event was held in Auckland.

“To start with I was very focused, thinking about tactics, running pace, energy conservation and how to best complete the obstacles,” Thornton said.

“Then I started breaking down the course into smaller segments, and anything that made me happy to make it easier mentally – a hot shower, a funny joke, crossing the finish line, and all the food you’re going to eat after. I mostly thought about food.”

Thornton’s family and “pretty much everyone else” thought he was crazy for entering, but supported him every step of the way.

As a result of the race, Thornton has qualified to represent New Zealand at the 2017 Obstacle Course Race World Championships next year in Canada.