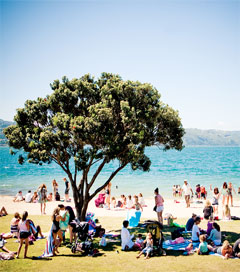 The year 2013 was New Zealand’s second hottest year on record according to Auckland University climate scientist Dr Jim Salinger, with the winter season found to be the warmest and temperatures hitting 1.3 degrees above the long-term average.

Preliminary data released by the World Meteorological Organisation (WMO) for the Jan-Nov 2013 period showed the global mean temperature hit 0.49°C above the long-term (1961-1990) average of 14°C.

“New Zealand regional temperatures have warmed by 0.5°C since 1950 and over 1°C overall,” Salinger said.

“This is similar to what has occurred globally, and the general trend is expected to continue.”

He noted 2013 came off the sixth-warmest year since global records started almost 150 years ago.