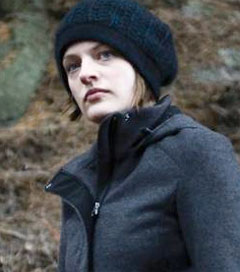 New Zealand’s Answer to The Killing

Jane Campion’s television series Top of the Lake, “set in the staggeringly beautiful landscape of the South Island”, has been called New Zealand’s answer to The Killing. Obstreperous and tunnel-visioned, detective Robin Griffin has been likened to Sarah Lund, the central figure in the Danish hit drama. Because the mystery unfolds in a remote community heavily populated by social misfits, there are also parallels with the ‘90s cult hit, Twin Peaks. Yet this is a very much a signature creation of its New Zealand co-director Campion. “These are people who have fallen off the edge of the world,” Campion says. “People live there because they want to get away from their problems and because they don’t work that well with society.” Of all the main characters, perhaps the most evocative is the landscape itself. At once welcoming and threatening, it becomes a refuge and also the most hostile of environments. For all its vastness, it can be strangely claustrophobic. “The Queenstown basin is one of my favourite parts of the world,” Campion says. “One of the excitements was to introduce the rest of the world to this environment. I’m addicted to it, I just love it.” Top of the Lake, which Campion co-wrote with Gerard Lee and co-directed with the talented Garth Davies, has already become the first television series to be screened in full at the Sundance Film Festival. Its screenings in Australia and America have also been met with critical acclaim. “Campion’s way of dramatising crime is hypnotic and circular,” writes Emily Nussbaum in the New Yorker. “It’s an eye opener, in both senses: a model of the sort of series in which words and images carry equal weight.” From its opening scene, though, to its denouement, the series is gripping, and surely one of television’s most exquisitely filmed whodunits. As the billing for Top of the Lake has it, this is no ordinary place, and no ordinary crime. And no ordinary crime drama.