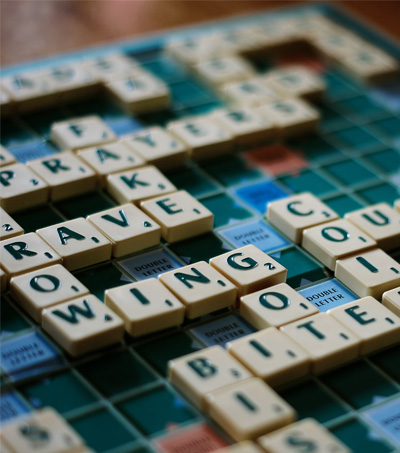 New Zealander Nigel Richards has won the French Scrabble championships even though “his command of the language (…) stretches to “bonjour” and being able to count”.

Richards, who has been called the Tiger Woods of Scrabble memorised the entire French dictionary in just nine weeks and received standing ovation following his two to nil victory in the scrabble championship final held at Louvain-la-Neuve in Belgium on Monday.

“Without a doubt he’s the greatest player in our sport, ever. He’s like a computer with a big ginger beard,” said Howard Warner, New Zealand’s national Scrabble representative, who believes Richards’s exceptional abilities stem from a photographic memory and rare mathematical skill.

“To him words are just combinations of letters. (…) He comes up with scrabbled (words of seven or more letters) that others take 10 years to know,” said Yves Brenez, Vice President of the Belgian Scrabble Federation and organiser of the Francophone championships.

“He has learned no language logic, just a succession of letter sequences giving rise to words. In his head it’s binary: what draw can make a scrabble, what draw can’t,” said Jean-Baptiste Morel, a French journalist.

Richards has won many scrabble championships in the UK, US and in New Zealand.