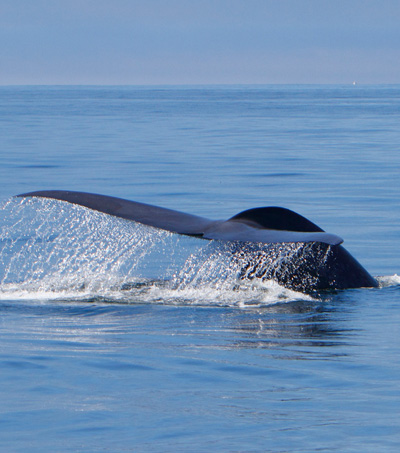 A team of researchers from New Zealand and Australia has successfully tracked scores of blue whales off Antarctica during a six-week expedition to the Southern Ocean.

Voyage leader Richard O’Driscoll said the team was thrilled when they came across “some of the ocean’s top predators – humpback whales, blue whales, killer whales and Antarctic toothfish.”

“We now have a much greater understanding of the big picture — the ecosystem — on which the top predators depend”, he added.

The expedition in collaboration between Antarctica New Zealand, the New Zealand National Institute of Water and Atmospheric Research and the Australian Antarctic Division returned to Wellington with over 500 hours of blue whale song recordings after identifying 58 individual blue whales.