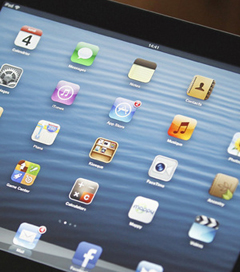 The New Zealand Legislative has passed a law prohibiting patenting of software, in a move seen as a boost for innovation and competition in the technology sector. CBC News reports, “The reformed Patents Bill, which was first drafted five years ago, passed third reading in the New Zealand Parliament Wednesday. The new law states that “a computer program is not an invention” and hence cannot be protected by a patent.”

Commerce Minister, Craig Foss, said that the law replaces 60-year-old legislation with laws that are better suited to the 21st century.

Paul Matthews, chief executive of the New Zealand Institute of IT Professionals said that the move is a “victory for common sense.”

“The patents system doesn’t work for software because it is almost impossible for genuine technology companies to create new software without breaching some of the hundreds of thousands of software patents that exist, often for very obvious work,” said Matthews.

“Today’s historic legislation …sends a clear message to the rest of the world that New Zealand won’t tolerate the vexatious practice of ‘patent trolls’,” he said. “That is, when software patents are created with the sole purpose of bringing costly litigation against inventive technology companies.”