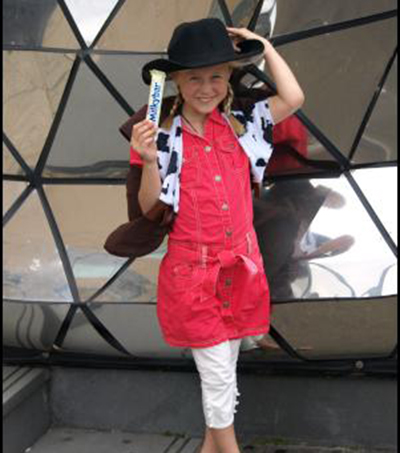 Hinetaapora Short, 8, from Rotorua is the world’s first female Milky Bar Kid, beating more than 15 entries in a nation-wide search scoring the highest percentage of more than 11, total votes received. Three of Short’s brothers also entered the competition. Short attends Te Kura O Tekoutu school and is fluent in Te Reo and also speaks Spanish. Milky Bar spokesman Jeremy Boucher said she was a hit with the judges and New Zealand public alike. “We opened up this search to all New Zealanders, and it is exciting to have found a winner who not only has the special qualities to come through this audition process but who also embodies New Zealand in the 21st century,” Boucher said.