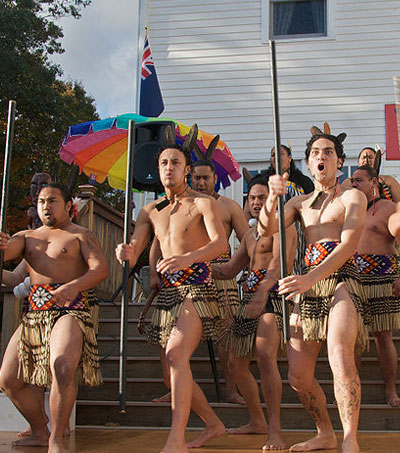 “The British high commission in New Zealand has been given the green light to recruit its first adviser on Māori affairs, as well as a te reo language teacher for high commissioner Laura Clarke.” Eleanor Ainge Roy reports for The Guardian.

“Clarke studied New Zealand’s indigenous language in London before being posted to Wellington in January and says the country’s increasing use of the language and culture in formal and everyday life make it a “non-negotiable” requirement.”

“I have been travelling to New Zealand for a long time now, over the past few years there has been a massive change in terms of the resurgence of te reo,” she said.

“I think New Zealand is becoming increasingly bilingual and I actually think you’re not credible now if you don’t make an effort.”

“Clarke said learning te reo and engaging with Māoridom around the country was a priority for the high commission in Wellington, and the recruitment drive to find a full-time Maori affairs adviser and part-time language teacher reflected social change,” writes Ainge Roy.

“It is very easy to engage with the crown because the structures are all there and previously we’ve probably engaged in a more ad hoc way with Māoridom and I want to change that,” said Clarke, whose three young children are learning te reo at school.