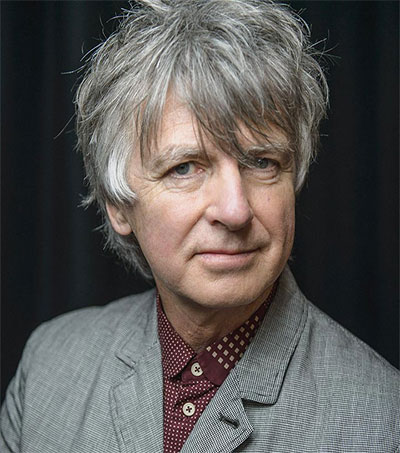 Neil Finn’s latest solo album, Out of Silence, offers us the gift of catharsis in a season of unpredictable politics and societal division. This month, the Crowded House singer has returned with ten songs about family relationships, romance, self-examination and life after terrorism – and they’re all set to the most beautiful string, brass and choral arrangements Huffington Post contributor Kristi York Wooten says she has heard in ages.

Whenever rock stars hire an orchestra, there’s a danger of creating sentimental sap or of failing to bring a too-grandiose musical vision to life. Thankfully, Out of Silence touches all the right nerves; rather than a decidedly classical project or cinema soundtrack, the album feels like something The Beatles’ late producer George Martin might have loved the chance to put together: Each cut is flecked with Finn’s reliable optimism and built around Steinway pianos, traditional instruments, and a handful of what the New Zealand songwriter calls “characterful” voices backing him.

“I just wanted to hear singing like you’d get around a campfire with friends,” he says of the local all-star vocalists he asked to join in. “Sometimes writing [alone] can be very insular, so being in a room and teaching people music was a very positive thing.”

Finn’s home country is further away from North Korea than Los Angeles, and slightly detached from the hotbed of global angst. He says recording Out of Silence there made him “feel fortunate to be on the other side of the world, to some degree.”

The album doesn’t openly discuss nuclear threats, natural disasters, and political nonsense, but the songs’ fitness and readiness to assuage these stressors is implied measure by measure. The gorgeous “Love is Emotional” is Finn’s plainspoken plea for love and understanding in relationships at every level.

“The music is a recognition of isolation, but is also a reaching out to find warmth and human contact,” Finn says, adding, “If this album is some form of escape or comfort, I’d be happy about that.”

Tags: Huffington Post (The)  Neil Finn  Out of Silence