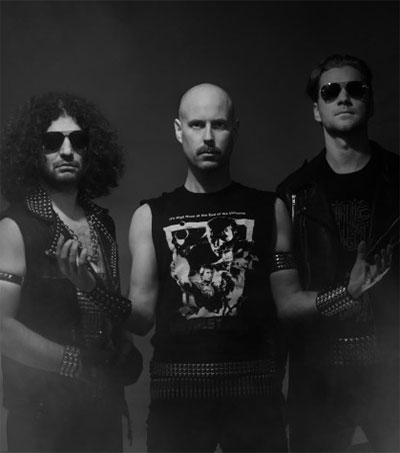 “Fearless” Wellington three-piece Stalker, who have just signed to Austrian label Napalm Records, are set to release “a most sinister monster of an album” – Shadow Of The Sword – on 17 November, according to Metal Underground.

“This band is a wild trip to the old days of raw thrash metal with heavy driven songs at full speed,” the news zine says.

“On the signing, the band said: ‘Stalker are thrilled to have formed an alliance with Napalm Records, and with the label’s rock solid support we can’t wait to break out from New Zealand’s far flung shores and unleash our speed metal mayhem the world over. All of us in the band pay tribute to label Underground Power for releasing our initial Satanic Panic demo. Now, with the formidable forces of Napalm Records backing us, we’re set to deliver an even more powerful and demolishing release with our upcoming debut full-length, Shadow of the Sword. Dowse the fires, hide the booze, Stalker and Napalm are coming for you. Strike first, strike hard, no mercy.’”