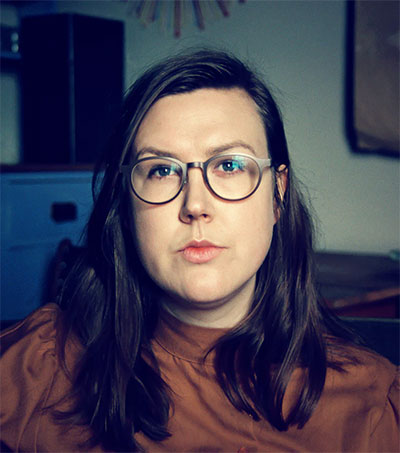 “[Reid’s] ethereal, pensive vocals are cast against plangent folk-guitar shapes, but there is more dirt under her nails,” Simpson writes. “The songs deal with empowerment through determination in the aftermath of love and loss, often in no uncertain terms. The transcendental title track finds her quietly informing someone that she stayed too long.

“Reach My Destination bids a more bitter farewell: ‘Two little words that I used … One was “fuck”, the other was “you”.’ Such caustic undercurrents provide startling electric shocks amid what is mostly humbling, melancholy beauty, although the 10 songs cover a spectrum from Martha Wainwright/Laura Marling acoustica to Stevie Nicks-style spectral pop.

“However, with little more than her voice and guitars, and Hanson St. Pt 2, I Come Home to You and Ain’t Got You are quietly, perfectly crafted statements from a blossoming talent.”

The Times is equally complimentary, writing:

“In the early Seventies Joni Mitchell inspired hundreds of women to realise that reasonably proficient acoustic guitar skills and a clear unaffected singing voice were all you needed to present your innermost thoughts to the world. Nadia Reid returns to the sad-eyed folk of the Mitchell school on her second album, albeit through a millennial lens, and it’s lovely.”

Reid performs live throughout New Zealand in March and April.