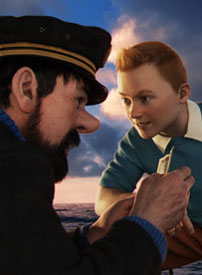 Peter Jackson will direct the second film in the planned Tintin trilogy, following the success of the first film in the series, The Adventures of Tintin: The Secret of the Unicorn. Director Steven Spielberg said the New Zealand film-maker would go into production on the sequel immediately after he finishes work on The Hobbit, his current two-part adaptation of the JRR Tolkien fantasy novel. Spielberg said: “[AfterThe Hobbit], he’ll go right into the 31, 21 days of performance capture.” The title of the second film has yet to be decided.