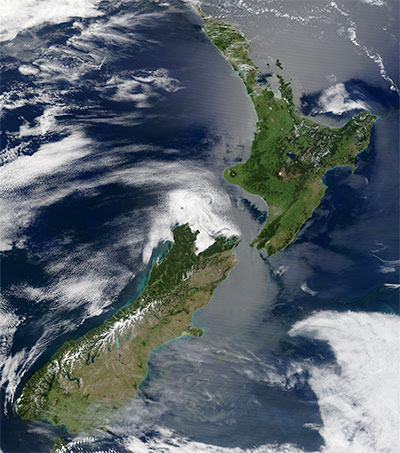 There are three challenges New Zealand faces in 2015, according to Monocle magazine. Much of the success of Prime Minister John Key, who led the National party to a landslide in the September elections, will depend on his party’s ability to “tackle some systematic problems.”

“New Zealand’s GDP growth this year was close to 4 per cent, one of the highest in OECD countries; it was largely fuelled by the rebuild in Christchurch and high commodity prices. But the country’s economy is remarkably dependent on dairy products, the global price of which slipped by 48 per cent in 2014, costing the nation billions. Though that admittedly followed a record high, it is bound to have a slow-down effect on finances.

“Cars still trump public transport in Auckland. Water quality has declined in many lakes and rivers, which has been caused by mass irrigation for the dairy industry. Meanwhile, New Zealand’s Department of Conservation is fighting to control a boom in pests. In addition, the government has announced further exploration for deep-sea oil drilling. New Zealand’s population is tiny and it is a remarkably beautiful country but can it still claim to be ‘100 per cent Pure’?

“[And] despite record house prices and a high cost of living, median wages went up by just 1.7 per cent and the number of children living in poverty is high. Remarkably, for a conservative leader, Key has pledged to tackle the wealth gap but, with tax cuts on the horizon, many doubt the government’s resolve.”