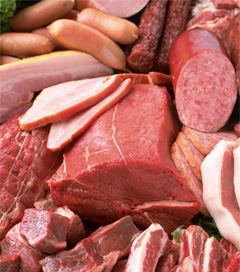 A bungle by the NZ Ministry of Primary Industries (MPI) was responsible for NZ meat exports being held on Chinese wharves for up to two weeks, says stuff.co.nz. The hold-up was caused by MPI submitting paperwork in a format that hadn’t yet been approved by China’s General Administration of Quality Supervision, Inspection and Quarantine (AQSIQ), according to Nathan Guy, the Minister for Primary Industries. Minister Guy said that the bungle had ‘caused confusion for Chinese inspector’, and was a mistake that “should never have occurred’ Guy also said he was ‘very disappointed in the Ministry of Primary Industries for its mistakes in certification which have caused this delay’. The Minister expressed gratitude to Chinese officials for ‘their willingness to work constructively with New Zealand officials to find a way through this administrative error.’ Guy thanked the New Zealand meat industry for its patience. ‘I’m disappointed it has taken so long to get to the bottom of this problem and for the ministry to come up with a proper explanation,’ Guy said. ‘This has been frustrating for public, the meat and myself exporters. Accurately certifying exports of New Zealand agricultural goods is a core function for the Ministry and this mistake should never have occurred. Officials have a responsibility to meat exporters and to all New Zealanders to get the basic details right,’ The Minister said. Chinese authorities have agreed to release consignments under the name of the New Zealand Food Safety Authority, the Minister said. Andrew Coleman, MPI’s acting director, has apologised to Ministers, the meat industry, and to the Chinese authorities for the error. Meat Industry Association chief executive Tim Ritchie said there was no issue with quality or food safety, with the problem appearing to be purely related to documentation. But meat companies would have to wait longer to be paid, and companies would also incur rising costs from having product stuck at port, Ritchie said. None of the meat has been destroyed. The delayed consignments are expected to start moving off Chinese wharves very soon.