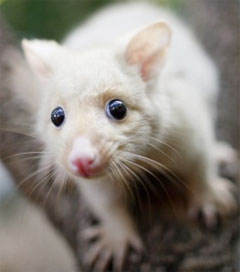 Militant on the Mainland

“It sucks to be a possum in New Zealand,” according to The Atlantic’s Rachel Gross. “Cars swerve to hit you. Guns point toward you. People feed you little green pellets that taste like cinnamon; only afterwards they taste like poison death. To wipe out mammals on an island as big as New Zealand would be ‘a huge challenge,’ invasion biologist at the University of Tennessee Dan Simberloff said. But if they pull it off? ‘It’d be the greatest triumph of invasion management the world has ever seen,’ Simberloff said. In other words, New Zealand could serve as a beacon of hope to threatened biodiversity hotspots worldwide, like Hawaii and the Galapagos islands. What would it take to tackle the mainland? ‘It would be a military operation,’ ecology professor at Victoria University Charles Daugherty predicts.”