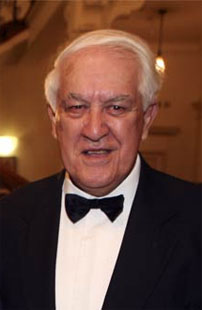 Former Governor General Sir Paul Reeves has died in Auckland, aged 78. Prime Minister John Key said New Zealand has lost one of its greatest statesmen. “Sir Paul’s contribution to New Zealand did not end when he left Government House. He spent another two decades serving at the highest level. We are indebted,” Key said. Sir Paul was born in Wellington, and his whakapapa is Te Atiawa. He was Governor General from 1985 till 199, and was the first Maori and the first cleric to fill that position. Former Prime Minister Helen Clark also paid tribute to Sir Paul. Clark said she had known Sir Paul from the time she was a young government minister in the late 198s and had been with him on countless occasions. “Sir Paul was a great New Zealander who served his country, his church and his iwi with great distinction throughout his life.” Since 25 Sir Paul had been the chancellor of the Auckland University of Technology and had held many prominent New Zealand leadership roles including a stint as the Archbishop of the Anglican Church. He was also Anglican Observer at the United Nations, observed elections in Ghana and South Africa, helped write constitutions for Fiji and Guyana and chaired the Nelson Mandela Trust. He was an Additional Member of the Order of New Zealand.