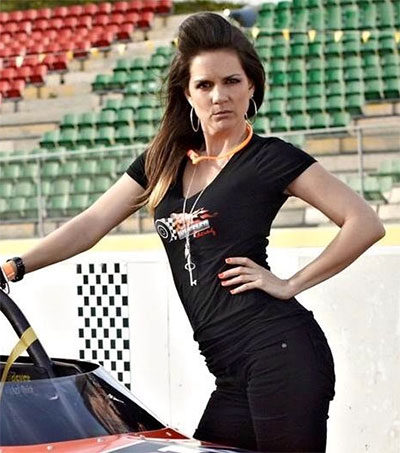 Michala Banas Gets Her Bogan On

Acclaimed actor Wellington-born Michala Banas, 38, had never been to a speedway before being cast as foul-mouthed and tough as nails Amber in the hit ABC comedy Upper Middle Bogan.

“That world was totally new and a complete unknown before this show,” Banas says.

The day she filmed the very first scene of season one, episode one, where Amber and the rest of the Wheeler family compete at a race day, knocked her socks off.

“Standing that close to the car when it did a pass, my first up close experience, was just incredible. I actually forgot we were filming and nearly broke character. I was like, oh my gosh,” she says.

Now in its third season, the charming Australian production about middle class doctor Bess who discovers she was adopted and tracks down her birth parents, the Wheelers, has done a lot to reclaim the term “bogan”, Banas believes.

“It’s one of those words that has lots of negative connotations attached. I think we’re changing that. There’s a bit of bogan in all of us.”

Banas has starred in McLeod’s Daughters, Neighbours and Nowhere Boys.