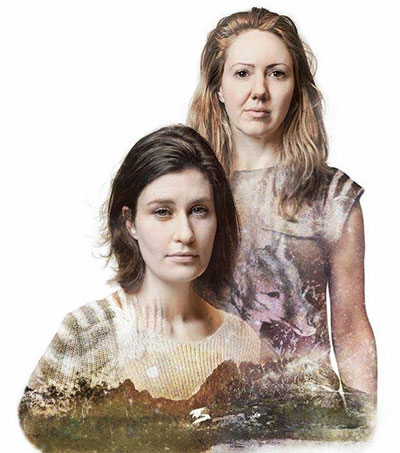 The performance of They Saw a Thylacine focuses on a thylacine tracker, played by Hamilton, and Alison Reid, the zoo keeper’s daughter at Beaumaris Zoo – where the last captive thylacine “Benjamin” lived for three years.

Reid, a skilled taxidermist, is played by Campbell who told the Penrith Press, “it’s definitely not issue-based drama”.

“There’s a lot of humour and a lot of heart in both the storylines.”

The play conjures the ghost of Ben – who died on an unseasonably cold September day in 1936 – focusing on the fragility of our ecosystem and the unsettling truth of how small acts of ignorance can cause great destruction to current and future generations.

“I think that one of the reasons we wanted to write the play was because of our concern with what’s going on with the environment at present,” Campbell said.

As a New Zealander, Campbell said she well understood the Australian fascination with the Tasmanian tiger.

“We have the moa,” she said of the giant flightless bird humans killed off by overhunting in her home country.

Amongst other awards, They Saw a Thylacine won Best Performance at the Melbourne Fringe 2013.