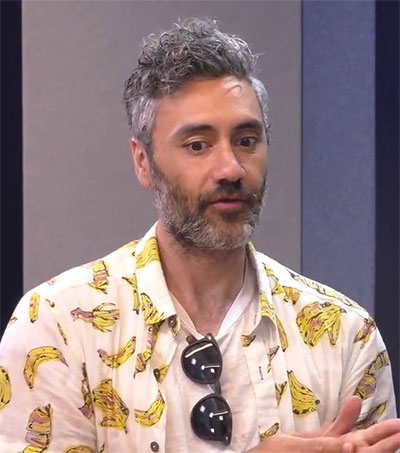 “It’s an idea that fascinates me and one I want to develop further,” Waititi, 41, said in a statement. “Most people know I’m a huge Michael Jackson fan, so the main thing for me is to make sure it’s respectful of him and his legacy.”

“I’m not interested in making a biopic; I want to focus on telling a story that blends fact and fantasy, about an animal trying to make sense of the world. This film is not about Michael Jackson because that’s not a story for me to tell – or a story I’d be comfortable telling – it’s about a chimpanzee’s fascinating journey through the complex jungle of human life.”

“I think animation is the only way to approach a story like this. I really loved Anomalisa because it was beautiful and authentic in its meditation on loneliness. I’m really excited to be working with [producer] Dan Harmon and Starburns as we share similar sensibilities and want to tell human stories in unique and artistic ways.”