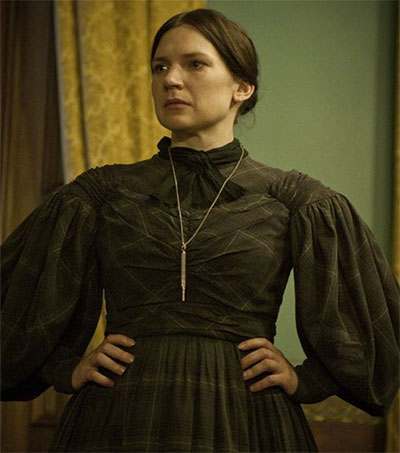 Mel Dodge Gets Her Brontë on in Canberra

Despite living most of her life in an isolated parsonage with her sisters, Charlotte Brontë wrote one of the best known of all love stories, Jane Eyre. But as writer-performer Dodge shows in her play Miss Brontë, Charlotte Bronte had a devotion of her own.

Bronte had gone to Brussels for a year when she was 26 to study and teach. Heger worked a lot with her on her writing and she developed strong feelings for him that didn’t evaporate when she returned home. She put a lot of him into Mr Rochester in Jane Eyre.

Dodge became interested in the Brontë sisters while studying Victorian literature at university and was particularly fond of the passion and drama of Jane Eyre. She decided to delve deeper into its background and discovered the story behind it and decided to dramatise it.

As for what we learn about Brontë in the play, Dodge says, “I think we see someone who is passionate, who is adventurous, who is intelligent, and who is very much devoted to her family.”