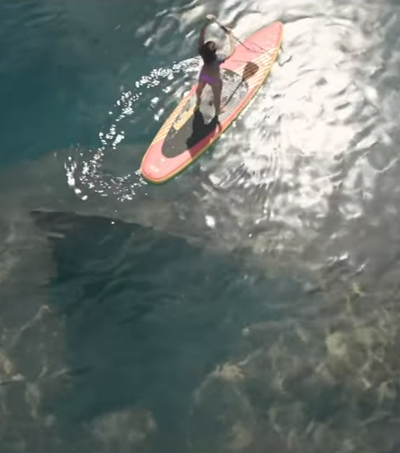 The Meg An “Utterly Outrageous Thrillfest”

“The Meg is Jaws turned up to 11, an over-the-top creature feature starring a 20-metre-long prehistoric killing machine that comes from the very bottom of the ocean to cause havoc at the top,” writes Karl Quinn in an article for The Sydney Morning Herald.

“It was a genre I’d never done, the science I’d never explored, the love of the ocean and getting a chance to work with Chinese producers and go to China. Those were all the fun things that made the project so attractive to me,” said the film’s director Jon Turteltaub.

The Meg “was shot ‘90 per cent in New Zealand’, says Turteltaub, but some key scenes were filmed in China.”

“We wanted to go there because the ending takes place in China and there are some great places, great beaches, some unexpected things that certainly non-Chinese audiences don’t know about,” he said.

“Factoring in the world’s most populous country ‘has gone from being interesting to being a necessity’, says Turteltaub. ‘There are just too many people going to the movies in China to ignore’”.

“The results in its first weekend suggest the producers behind The Meg got it absolutely right: the film took more than $50 million at the Chinese box office.”

“The megalodon and the world from which it emerges – a body of denser water hidden beneath a layer of hydrogen at the bottom of the Mariana Trench – is ‘100 per cent based on research’, said Turteltaub.

“If we ever do get there, of course, there’s a fair chance we will follow the well-worn path described by Winston Chao’s scientist Zhang in the movie: First we discover, then we destroy.”

“In that sense, and for all its unapologetic silliness, The Meg tries to balance its depiction of oversized horror with a respect for the environment,” writes Quinn.

“We all saw what happened to sharks after Jaws. They became labelled as villains when they’re such a beautiful and important part of the oceans. We made sure that megalodon-equals-bad, shark-equals-good,” said Turteltaub.