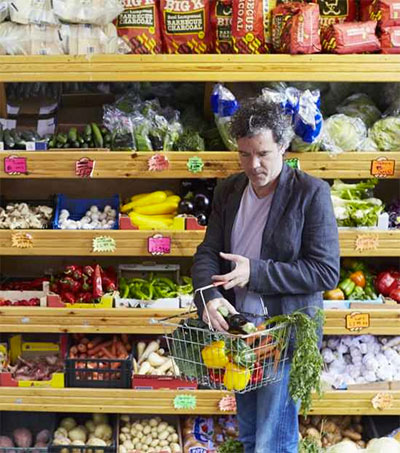 Salads can be limp, boring and vinegary if the wrong chef made the dressing but, according to Whanganui-born Peter Gordon, author of new book Savour, there’s more to salad than sad leaves of iceberg lettuce.

Upstairs at his Marylebone restaurant in London, The Providores & Tapa Room, Gordon is celebrating the launch of his latest book, a tome dedicated entirely to salads, by laying on a whole spread of them.

Canapés on china spoons circulate the room, delicately balanced with mouthfuls of seared salmon, duck and fig, and burrata topped with a tomato and mango dressing. Then, there are the mains, the salads.

As you can tell, these are not exactly your standard “garden salad on the side”; this is salad, Peter Gordon-style.

Perhaps the most controversial of the recipes in his new book is a very strange list of ingredients for mayonnaise that Gordon learnt to make as a child. Strangely there’s no egg or vinegar involved.

“At 18, I became an apprentice chef and they were like, “Do you know how to make mayonnaise?” I was like, ‘Yes, I do,’” he remembers with a deprecating laugh. “I went around getting the ingredients together, but I couldn’t find their condensed milk.”

Gordon was also interviewed about Savour for a Guardian feature in March.

Gordon set up the kitchen of the original Sugar Club restaurant in Wellington in 1986 followed by two British incarnations in London’s Notting Hill in 1996 and in West Soho, London in 1998.