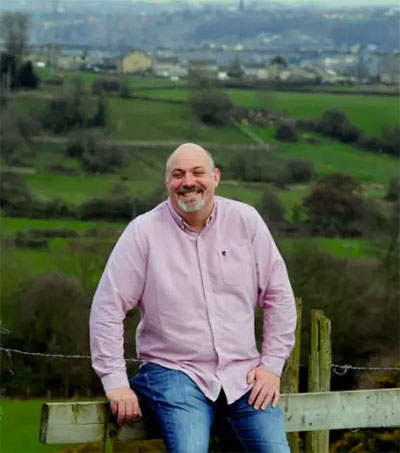 New Zealander Martyn Connell is the head of West Yorkshire recruitment firm Maze8 that aims to support the young in overcoming barriers to employment.

From its semi-rural setting in Mirfield, Maze8 recruits specialist staff to support young people who are facing barriers to education or training due to family problems.

It finds detached youth workers who work with young people living in Britain’s inner cities, who are at risk of losing their way. Maze8’s workers help to ensure these youngsters find a route to employment or training, which offers them the prospect of a much brighter future.

It works with the Learning Revolution Trust at Newham College in East London, who provide young people with bursaries to enable them to access job and learning opportunities. It is also a formal business partner of the local football team, Huddersfield Town, which is striving to win a place in the Premier League. Hard to believe that, when he founded it a decade ago, Connell saw Maze8 as “very much a lifestyle business”.

“I set it up by myself,” Connell recalled. “As far as being the so-called ‘driven business man’ that’s probably not me.”

Maze8 takes a very broad economic perspective. It also has a new power division, which provides commissioning engineers who work on some of the country’s largest substation schemes, as well as onshore and offshore wind farm projects throughout the United Kingdom.

The company, which has nine staff and turnover of £3.2m, provides a design service to companies working on National Grid and DNO – or Designated Network Operators – frameworks.

“There should be a very close relationship between business and education… we look to try and foster that relationship, between the colleges and engineering. We feel like we’re a conduit between the two,” Connell said.

He said: “There’s a saying in New Zealand, which is, ‘No matter what you do, or where you go, things will work out’.”