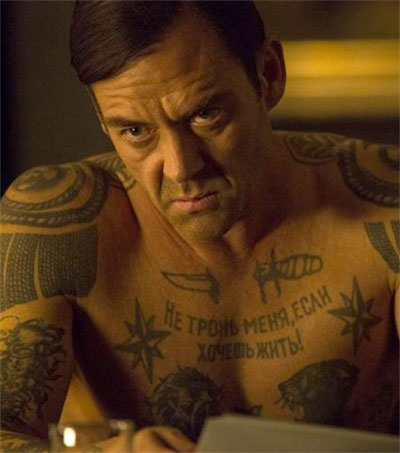 Marton Csokas Menacing in The Equalizer Opposite Denzel Washington

Invercargill-born film and theatre actor Marton Csokas – who plays Russian bad guy Teddy opposite Denzel Washington in The Equalizer – chats with entertainment industry magazine Backstage about his approach to his craft, his inspirations, and his favourite day job.

“[The Equalizer is] a vigilante film and I play the antagonist to Denzel’s protagonist. Teddy is basically a sociopath with a business card. So I went down that track. It was something to get my hooks into. There are a lot of wonderful books if you feel like a good read about sociopaths,” Csokas, 48, explains.

“[In preparing for a role] I read a lot of textbooks about acting. There’s a strong methodology born of so many different people. But Stanislavsky, for me, is the godfather of it all.

“Septimus from Tom Stoppard’s Arcadia [has left a lasting mark]. It came at one of those times where I’m going, ‘What am I doing, really, as an actor? This is so unpredictable, so unreliable …’ It was a crossroads. And then I got asked to audition for that role in that play, and I got it. I had a lovely experience with that particular production and that director and a fantastic cast, and I fell in love with it all over again.”

Csokas’ other 2014 film credits include Noah and The Amazing Spider-Man 2. He lives in Los Angeles.