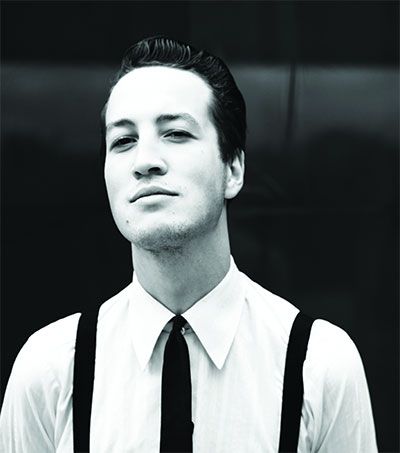 Marlon Williams’ recent gig at Sydney’s Basement was “terrific”, according to music writer Bernard Zuel. “Williams is tall and good looking and charming and winning. That will get you far. He can write a song, too, tipping hats to country, rock, folk and pop. That will keep you going. But the thing that’s going to take the New Zealander wherever he wants to go is that voice.

“There’s a clear Maori influence, that beautiful, sad-and-godly element that always sounds like it’s about to be joined by a church full of voices, and he can bend it to more temporal matters in something such as Johnny Dowd’s First There Was a Funeral, Then There Was a Trial.

“Yet what is most startling is how comfortably it exists in a pre-rock‘n’roll sound that isn’t crooning but reminiscent of somebody such as Nelson Eddy. Weird, yes, but hard to shake once you detect it in a song such as Silent Passage which, given an orchestra rather than this very good three-piece band, could have fit in on any one of those Saturday afternoon black-and-white movies you got while waiting for the Elvis films.

“Williams’ singing makes slow songs dramatic, sad songs tragic and up-tempo songs frolic, and he seems to be enjoying himself at every turn. Which means you do, too. Hearing him now you can tell he’s going to make an excellent soul album one day. And there’s bound to be American songbook, murder ballad and spiritual records as well, that will fit right in.”

Williams is originally from Lyttelton. He released his critically acclaimed debut solo album in April 2015.