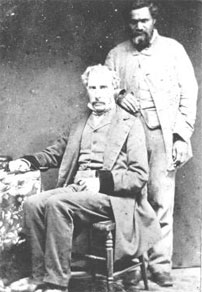 A collection of 19th Century manuscripts written by Maori to record life before the arrival of Europeans has been officially listed on UNESCO’s Memory of the World New Zealand register. The collection of 147 documents were among 14, manuscripts, letters and books given to the then Auckland Free Public Library in 1887 by Sir George Grey (1812-1898), who twice served as Governor of New Zealand, as well as a Member of Parliament and Premier. Grey developed an interest in Maori and began encouraging Maori representatives to write down their traditions to record and document the Maori world view for future generations before it disappeared under colonial change. “This collection is the largest existing 19th Century collection of indigenous manuscripts brought together by a single collector and we are excited that it is one of the first to be inscribed on the New Zealand Memory of the World Programme,” Auckland Libraries regional heritage and research manager Sue Cooper said.