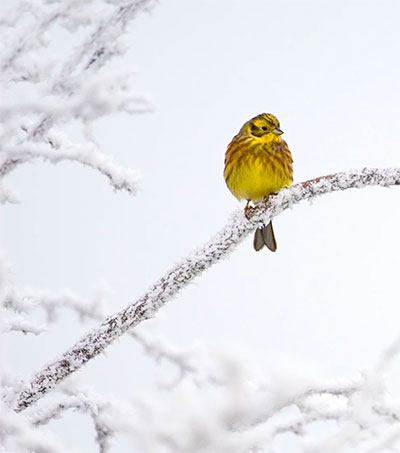 By comparing recordings of yellowhammer accents in New Zealand and the UK, scientists have discovered how the birds’ song might have sounded in Britain 150 years ago.

The study, published in Ecography, examined yellowhammer accents in the UK and New Zealand, where over 600 of the birds were introduced in the 1860s and 70s and later became pests. It found some dialects that likely existed in the UK appeared to have gone extinct, yet they still exist in New Zealand – a phenomenon that also occurs in human languages.

The researchers say the decline in birdsong is likely to be linked to falling yellowhammer populations in the UK.

The research was led by a Czech team, who encouraged volunteers to collect and submit recordings of singing yellowhammers using smartphones and cameras. Using these citizen science project recordings, the scientists compared the patterns of yellowhammer dialects in the native range of Great Britain, and in the invaded range of Otago, New Zealand.

Lead author Pavel Pipek, of the Charles University in Prague, said: “It was fascinating to have this unique opportunity to study yellowhammer dialects from native and introduced populations and how they have evolved over 150 years.

“This phenomenon of lost birds’ dialect is an avian equivalent of what happens with human languages. For example, some English words, which are no longer spoken in Great Britain, are still in use in the former British colonies.”