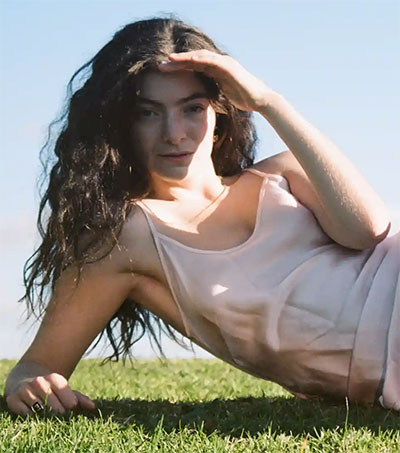 Lorde’s Just Scratching the Surface of Her Powers

Lorde is back and the world’s media is clamouring for interviews. This latest is from The Guardian’s deputy music editor, Laura Snapes, who speaks with the pop star about her forthcoming third album Solar Power, at the “start of a jet-lag-addled workday in Los Angeles”, via video call.

With the new album, Lorde wanted to reflect how she feels at home in Auckland, where she lives in blissful obscurity, Snapes reports. There are hardly any paparazzi; once in a blue moon she pops up on MailOnline, buying a rug. In 2018 she deleted all but a few posts from her Instagram and Twitter and abandoned both.

When Lorde emerged, articulate teenage pop stars who wrote their own songs were few and far between. Now there are dozens in her wake, from Rodrigo to Billie Eilish. Her own precocity has shapeshifted, evident in how she has enforced normality on her life. “I was just at home for years,” she says of Solar Power’s roots. “It would make me feel vulnerable sometimes, feeling that cut off and that irrelevant, so to speak. But it’s also very powerful, and I can understand that as something that is precious.”

Solar Power is out on 20 August. Lorde tours New Zealand in February and March 2022.