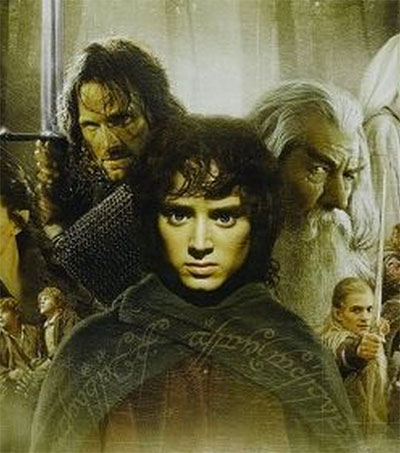 On the 15th anniversary of Peter Jackson’s The Lord of the Rings: The Fellowship of the Ring, actors Elijah Wood, Ian McKellen and Viggo Mortensen reflect on the trilogy’s indelible impression.

The film series was the talk of the town in 2001, considering Tolkien fans were chomping at the bit to see Jackson’s cinematic imagining of Middle-earth. The somewhat unknown filmmaker took on one of the most expensive and ambitious projects in cinema history, and many worried he would flounder in bringing the beloved epic to life.

Well, Jackson delivered something far more incredible than what anyone was expecting.

Despite the trilogy’s nearly US$300 million budget, according to the cast and crew, the atmosphere on set in New Zealand was reminiscent of an indie production.

“It really felt like we were making the world’s largest independent film, in spirit, embarking on a journey that we could anticipate to a certain degree what that would entail and would feel like, but we didn’t really know,” Wood, who was only 18 when production began, told the Huffington Post.

Wood took on the daunting lead role of Frodo Baggins, the young, lovable hobbit who comes to bear the seemingly impossible burden of destroying The One Ring To Rule Them All. His magical spiritual guide, Gandalf, was portrayed by McKellen, while Mortensen played Frodo’s human protector Aragorn, who possessed an unwavering desire to help the halfling bring down the wrath of Sauron.

“Really, had it not been for the amazing stroke of good luck – Peter Jackson called and he trusted me with that role – I wouldn’t have had so many opportunities,” Mortensen told HuffPost during an interview this summer. “I’m eternally grateful to him and, when I look back, I think of family, in a sense.”

McKellen shared similar sentiments about his beloved character, which he revived in Jackson’s recent “Hobbit” trilogy.

“It’s not in my past, it’s in my daily life,” McKellen told HuffPost earlier this year. “Every time I go out, somebody wants to say hello to the actor who played Gandalf.”

“The Middle-earth movies are classics now,” he added, “and they will survive, I think, just as the books have survived.”

Tags: Elijah Wood  Huffington Post (The)  Ian McKellen  Peter Jackson  The Lord of the Rings: The Fellowship of the Ring  Viggo Mortensen