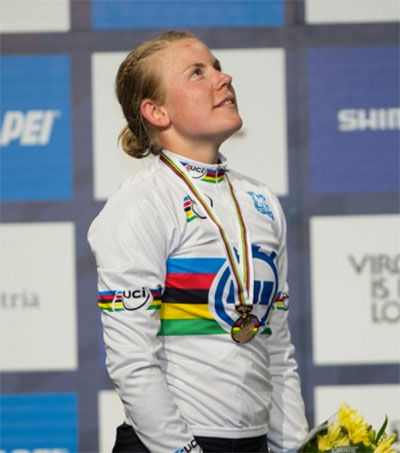 “It’s difficult being every time on the podium and nearly there and not quite there and almost there,” she said. “It all worked out my way today and it feels great.”

Racing over the longest women’s world time-trial course in 20 years helped, Villumsen said. “I like a longer course. Usually I fade out a little bit. On a longer course I hold myself back.”

Even after she moved into the lead, she was scared she might miss out again until her dream finally came true. “I don’t really know how I did it. I could only think: ‘go as fast as I can. At the end, I was like, ‘I’m not going to say anything until the last rider is across.’”