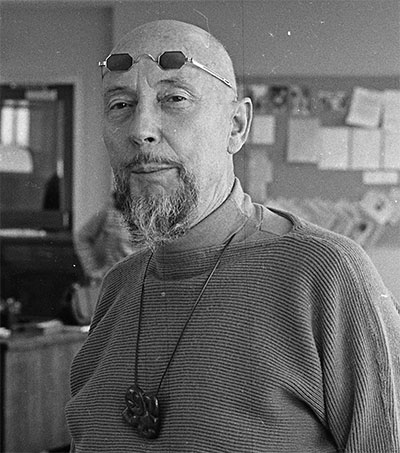 Animation pioneer New Zealand-born Len Lye features in the television documentary, Secrets of British Animation. Made in conjunction with the British Film Institute, the programme “lifts the lid on an eccentric world where infinite pains win out over bottomless budgets every time”, according to Suzi Feay writing for the Financial Times.

“It’s an industry ‘handmade at heart’, and the apparatus can be as minimalist as you want,” Feay writes. “Lye, didn’t even need a camera for his abstract early short A Colour Box (1935) – he scratched and painted on the film itself. The Frankensteinian weirdness of making inanimate things jig about is evident from the start; the clip of Lye’s manically dancing monkey is enough to send tinies screaming.

“One of the ‘secrets’ set out in the intertitles is that ‘British’ animators often come from abroad. Lye was a New Zealander and perhaps the most fascinating person here is Lotte Reiniger, who came to the UK in the 1930s to get away from ‘the whole Hitler thing’, as she put it. Reiniger’s fairytale animations used black cut-out figures against lighter backgrounds, and what that woman could do with a flash of her scissors is simply amazing.”