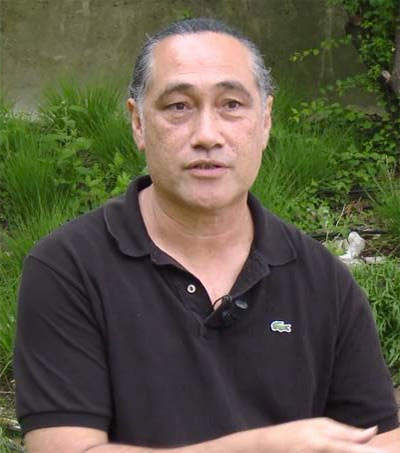 Canada’s most ambitious musical theatre piece had a recent curtain call 35 years after its premiere, as part of Toronto’s 2015 Luminato Festival. New Zealand-based choreographer Lemi Ponifasio was called in to revive the biblical epic Apocalypsis.

The original production about the end of the world was called, “one of the most spectacular events in the history of Canadian music,” by Toronto Star critic William Littler. This time around Ponifasio, fresh from the Venice Biennale, directed some 937 performers.

Apocalypsis consists of 30 choirs and musical groups made up of 750 choristers and 200 musicians, led by 20 sub-conductors and complemented by 19 dancers and soloists. The budget was CDN$1.5m CDN for only three performances.

Ponifasio’s work, as a whole, is based on focus, on attention to the small gesture within the grand scheme. Soprano Carla Huhtanen, who plays one of four Living Creatures warning humanity of archangel Michael’s arrival, says that in rehearsal, even though there are hundreds of people onstage, “Immediately you can tell when somebody’s foot shifts and their eyes dart, when they scratch their shoulder; it’s amazing. He just gives a simple suggestion: ‘Once you’re onstage and inhabiting this space … you can’t hide.’”

In his Apocalypsis, The Whore of Babylon will be played by Toronto transgender performance artist Nina Arsenault, who has famously had nearly CDN$200,000 of plastic surgery. She first worked with Ponifasio’s dance troupe MAU last year on the project The Crimson House, about panoptic surveillance, for which Ponifasio was looking for someone who has “reconstructed” herself. “The moment of theatre is not a moment of fantasy,” he says. “It’s a moment where you grip yourself on the neck and say, ‘What is my life?’”

Having begun his career by emulating avant-garde artists such as John Cage, Ponifasio shifted gears when he started to work with people from his community and those on the fringes, “the shadows of society.” He feels theatre today is generally “a form of control and exclusion. Art becomes a violent act because other people don’t have access, and I want to create access for everyone to the finest thinking or creation society can offer.”

During Apocalypsis, he says, “Powerful people are going to sit in the audience and listen to some young kid for two hours – that’s powerful, no? That’s like Satan going to Heaven.”