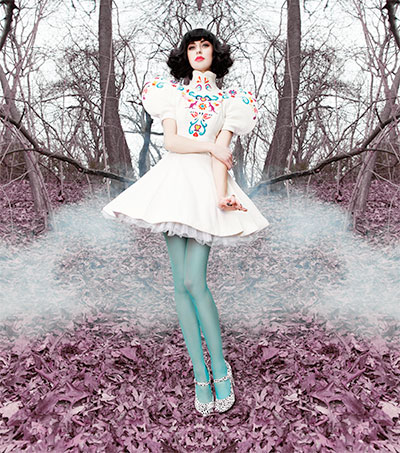 Kimbra on Why Women in Music Are Seen as Sex Symbols

Kimbra Lee Johnson turned 24 in March this year, and while she didn’t have a party she still had a good time, spending the day in a Los Angeles rehearsal room with the diminutive but nonetheless imposing American R&B operater Janelle Monae. When you’re part of a song as successful as Gotye’s Somebody That I Used to Know you can pull off a pop star’s truncated name.

“‘We don’t look at anything as a gig. Janelle is on a mission and I feel the same in how I see music. We both believe in engaging our fans,’ Kimbra explained. ‘A lot of female artists in the music industry now are just seen as sex symbols, and we both feel strongly about showing beauty in a different way and showing creativity in a different way.’

“Kimbra was speaking [in May] from Melbourne, where she was rehearsing with her band after more than a year in Los Angeles recording her forthcoming second album.

“The album’s list of contributors includes Silverchair’s Daniel Johns, Dirty Projectors songwriter Dave Longstreth, and prog-rock maven Omar Rodriguez-Lopez from the Mars Volta, with Kimbra also the chief technician for the sessions. Her prized compliment was from [Rich] Costey, who said she had ‘the fastest fingers’ of all the studio’s engineers.”

Original article by Craig Mathieson, The Sydney Morning Herald, May 16, 2014.