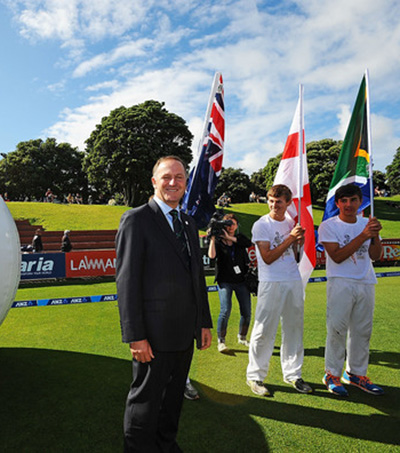 The involvement from former Black Caps has led to questions about New Zealand’s ability to stage matches in February and March next year.

John Key said if the allegations were proven it would reflect badly on the individual players, but would not have a negative impact on the tournament.

“New Zealand is the host of a sport which is loved all around the world,” Key said. “It has been acknowledged…there’s been illegal activity in cricket I think that reflects on the individuals, not necessarily the sport, and certainly not New Zealand as co-hosts with Australia.”

Key emphasised that the instances being investigated were not matches hosted in New Zealand.

“The players at the heart of the allegations were playing games as part of events that were hosted in India.  I hate to think the actions of a couple of individuals if they are proven to be correct would reflect on New Zealand as a whole.”

New Zealand has strict laws in place to prevent syndicates from targeting the Cricket World Cup in 2015.

“I can’t be absolutely sure how we will administer those initiatives, but in terms of betting, New Zealand outlaws bookmakers. There are facilities for people to bet through the TAB, that’ll be the way we’ll administer it.”

Originally published 23 May on Stuff.co.nz