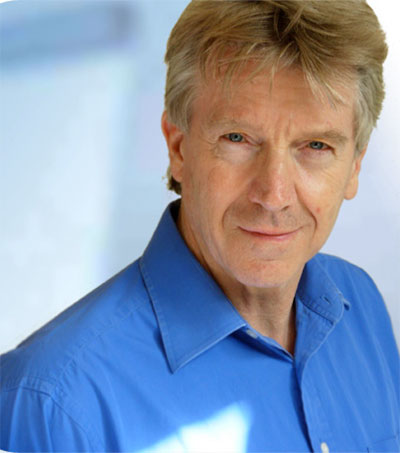 For 30 years, Rotorua-born Ken Rea has been a tutor in London at the Guildhall School of Music and Drama, one of the oldest and most sought-after acting schools in the world. Rea’s students include Daniel Craig, Ewan McGregor, Damien Lewis, Orlando Bloom, Michelle Dockery, Joseph Fiennes among others.

Every year, 2600 young actors vie to win one of just 26 spots on the three-year undergraduate course in the hope they too will join the star-studded alumni list.

At the age of 13 and working part-time as a paperboy for the Auckland Star, Rea was chosen as one of Rotorua Boys’ six “most likely to succeed” and invited to visit the big smoke to meet VIPs and politicians. It was a powerful and motivating moment; the nature of success – the subject of his newly released book, The Outstanding Actor: Seven Keys to Success – has fascinated him ever since.

“That is what has obsessed me here at Guildhall … there are a handful of people who have become hugely, internationally successful,” he says. “I wanted to identify what some were doing that the others were not. And I wanted to help more young people who are coming through.”

Homeland star Damian Lewis is full of praise for Rea’s “warmth and generosity” as a teacher. Rea’s techniques, he writes, “give you, like an athlete, a state of readiness so you may seize your moment when it comes: either in character or as yourself. He talks about energy and enthusiasm and how these can be nurtured in you so you will be more hireable ‘in the room’.”

Rea co-founded the Living Theatre Troupe in New Zealand and was recently in Auckland to celebrate its 40th anniversary. Rea was also a cast member on New Zealand’s first television soap opera, Close To Home.