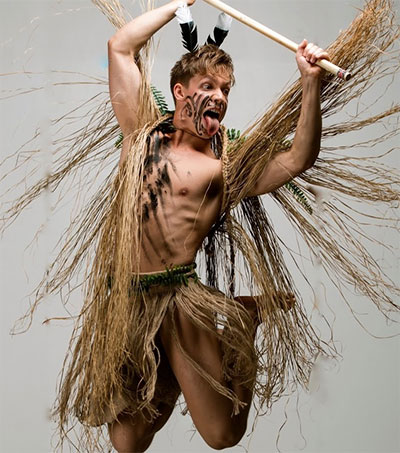 Kapa Haka Tale a Piece of NZ for Oxford

As part of Oxford’s Family Dance Week there is a one-off opportunity to see the haka live in a show performed by Corey Baker’s dance company, as part of a stunning new show called Kapa Haka Tale.

Baker, who created this show from scratch, is very excited about bringing his vision to Oxford.

“It’s about celebrating our multi-culturalism and tradition through dance, and I was in a position to create that. Living in London I missed my home country, so this is a direct result of my homesickness and wanting to get back in touch with my New Zealandness, of wanting to demonstrate a piece of New Zealand to the rest of the world,” Baker says.

“And while originally I did think about performing it at rugby stadiums, the energy is better captured elsewhere.”

Years in the making, Corey was determined to have his new work finished in time for the 2015 Rugby World Cup. “I wanted to harness some of that energy, but I won’t pretend it was easy.

Baker is classically trained graduating from the Ballettschule Theater Basel in Switzerland. He launched his own company in 2008.