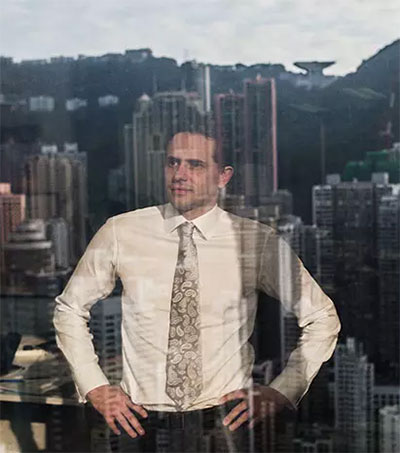 Asia editor at the Financial Times, New Zealander Jamil Anderlini spent the past 11 years on the Chinese mainland in Beijing. In a feature for the paper, Anderlini talks about his move to Hong Kong where he welcomes the territory’s lack of censorship and cleaner air.

“When I first moved to China in 2000 and began my career as a journalist I used to look down on foreign correspondents based in Hong Kong and not just because they seemed to live in tiny little hovels,” Anderlini writes. “Theirs was an easy life in a place that felt China-lite – filled with postcolonial attitudes and first-world comforts. Hardly any of them spoke Chinese and their jobs seemed mostly to involve ‘tea-leaf reading’ from afar and talking to their ‘guy in Beijing’ who had supposedly filled them in on the thinking of the Communist party politburo.

“‘You only have ONE source in Beijing?’ I used to think as I marvelled at their ignorance and quietly congratulated myself for being on the front line in the mainland where the real action was.

“Now I have joined the ranks of those I once derided – and I could not be happier. Partly this is because it has become harder and less enjoyable to be a foreign reporter in China and partly because I am at a stage in my life where comfort and convenience – for me and my family – matters more than it used to.

“As an Italian-American, Kuwaiti-born New Zealander who has lived most of his adult life in China, I feel at home in this cosmopolitan melting pot in a way I only could in perhaps London, New York and one or two other cities.”