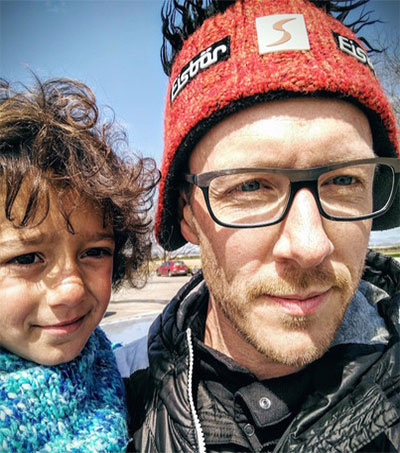 For the last five months New Zealand-born Josh Webb has been volunteering at Moria refugee camp in Greece. Webb relocated to New York City in 2007, landing a job as director of digital products at MTV, but late in 2015 he left the channel, packed a bag and hit the road.

While travelling in India Webb received a message from a friend, saying she had started volunteering at a refugee camp on the island of Lesvos – a main landing ground for those attempting to claim asylum in Europe by journeying from Turkey with so-called people smugglers. He was soon also Lesvos-bound, and would end up at Moria.

“Lesvos is now pretty quiet in terms of smuggling refugees,” Webb explains. “It got very quiet last month, when Frontex – the EU border police – and the Hellenic coastguard dramatically stepped up their patrols, which also coincided with the closing of the Macedonian border.

“It was very different in March than it was in December and January, when I previously visited. Totally different mood and less sense of urgency, and the volunteer crews had become well-oiled machines rather than the mad rush of earlier in the year.

“I moved to the mainland – Idomeni area, north of Thessaloniki, near the Macedonian border – because that’s where the approximately 45,000 refugees are living as they wait for something to happen. What are they waiting for? Borders to open? Greece to suddenly become a place of opportunity? Allah to deliver a miracle? They are the group that is sandwiched in the centre of two other refugee groups – the first was the large mass that were offered passage and asylum in western Europe, and the other is everyone who arrives from now on and will be deported to Turkey or their home countries. But the ones in Idomeni [the vast majority Syrian and Kurdish] are in limbo, maybe for the foreseeable future.”

Original article by Sarah Illingworth, The Huffington Post, May 5, 2016.