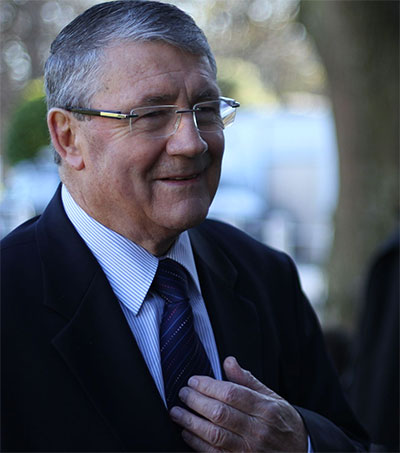 The idealistic former president of New Zealand’s progressive Labour Party became disillusioned with the organisation’s direction in 1989 so he broke away to create the NewLabour Party and, later, the Alliance Party to pursue full employment and the retention of public assets.

As Alliance Party leader, he served as deputy prime minister in a coalition government with Labour under prime minister Helen Clark from 1999 to 2002.

New Zealand Prime Minister Jacinda Ardern said that Anderton had been a towering figure in the Labour movement for decades. He built a powerful campaigning organisation, selected candidates who became ministers and prime minister and was an innovative fundraiser, she said in an emailed announcement.

“He will be remembered as someone who stood up for his principles and for the people he represented. His integrity during difficult times marked him out as a true leader.”

She described his work to establish the Alliance and Progressive Parties as “both difficult and trailblazing”.

She said he was first elected to public office in 1965 as a Manukau City Councillor and served local then central government for more than 40 years.

Anderton devoted much of his life to public service and after his retirement from politics in 2011, campaigned for the restoration of Canterbury Cathedral, severely damaged in the earthquake.

Former prime minister Helen Clark said he was a “powerful advocate for the voiceless and marginalised, and for a better, kinder, fairer New Zealand”.

“He had huge leadership capacity and inspired me as a young Labour activist.”

Anderton was appointed a Companion of the New Zealand Order of Merit in the 2017 Queen’s Birthday Honours, for services as an MP.