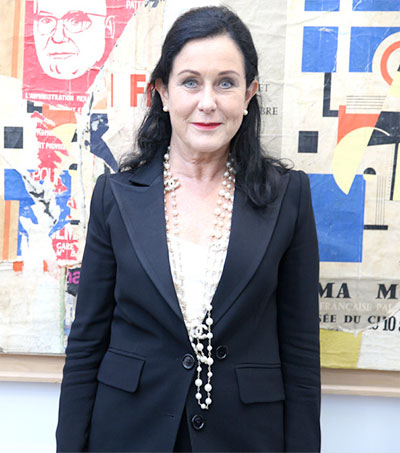 Premier Paris art fair Foire Internationale d’Art Contemporain (FIAC) has never been better according to experts, and all thanks to New Zealander Jennifer Flay who has been at the helm of FIAC since 2010. Flay has made the best of what France and Paris have to offer like no FIAC director before her.

Flay has been the champion of French galleries, stimulating local collectors, and harnessing the world-famous heritage of the City of Lights to serve her fair.

Under the guidance of Flay, FIAC is extending its reach in multiple directions. Its first international event, FIAC Los Angeles, will be held next year at the Convention Center from 27-29 March. This year the Paris fair is effectively doubling, with the opening of a new satellite event, (Off)icielle, that focuses on emerging galleries.

“Since 2006 there have been up to six or seven different ‘offs’ around the FIAC, but, with respect, none of them really made the standard,” Flay said. “So yes, we decided to do it ourselves.”

Before Flay was named artistic director of the FIAC in 2003, the fair was considered a fusty relic on the art fair circuit: “too boring and too poor,” as Flay put it. Today, it has standing as a major international event that has injected new life into the French art scene.