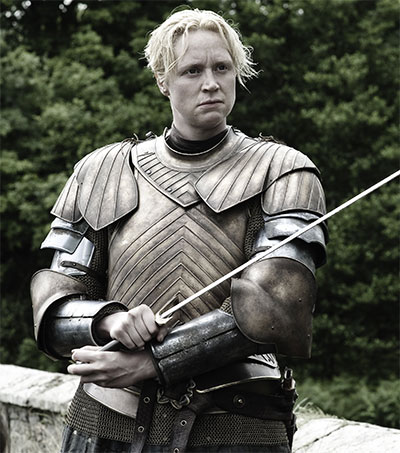 Game of Thrones Star Joins Top of the Lake

Season two of the show has now been declared official by Sundance TV and will also star David Wenham and Holly Hunter.

Campion is co-writing the new season with Gerard Lee and Moss said in a statement that she was “so excited to be back in Australia working with Jane on exploring this wonderful character.”

In season one, Moss won a Golden Globe for her police detective character Robin Griffin, investigating a mystery surrounding a 12-year-old girl. The new season is believed to involve a murder, set four years later. According to the BBC, Moss’s character tries to solve a case after the unidentified body of an Asian girl washes up on to Sydney’s Bondi Beach.

“I can’t wait for audiences to see where we take Robin’s journey,” Moss said.

As for Christie, nothing is known about her role – but fans love her and were excited to see her appear in the latest Star Wars instalment, The Force Awakens and in the final Hunger Games: Mockingjay, Part 2.

Christie, whose role in Top of the Lake is a major one, told BBC: “Jane Campion has been a major creative influence throughout my life. I could not feel more privileged to be working on the next instalment of unique and enthralling drama.”