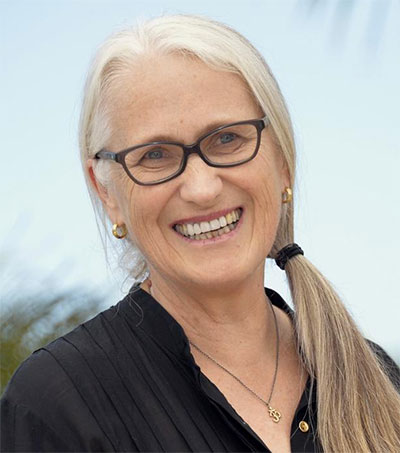 Jane Campion One of Cinema’s Most Powerful Women

“From Golden Age trailblazers to modern-day ass-kickers,” the Telegraph introduces its readers to Hollywood’s 34 “most influential, inventive and important women,” including our very own Jane Campion.

A director, writer and producer, Campion is best known for The Piano, The Portrait Of A Lady and Bright Star.

“The second woman ever nominated for a directing Oscar and the first to win the Palme d’Or solo, Campion is now cited as an influence by filmmakers as diverse as Suffragette’s Sarah Gavron and Mommy’s Xavier Dolan,” the newspaper reports. “Campion’s films tend to delve deep into character and paint rich, dense worlds, sometimes to an almost frustrating extent. In fact, it’s not surprising that she has done her best work in years in the new field of prestige TV with Top Of The Lake. But if Campion had only made The Piano and a few short films, it would have been enough to secure her influence among later generations.”

Campion is listed alongside Kathryn Bigelow, Jennifer Lawrence, Mae West and Lina Wertmüller, amongst others.