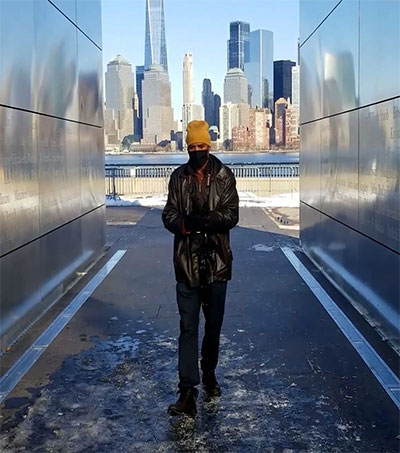 Filming has wrapped on Tauranga-born writer/director James Morcan’s film Anno 2020, which involved separate crews shooting cast members in Israel, China, and Italy, as well as several states within the US and Australia, with dialogue in English, Hebrew, Mandarin, and Italian. Sean Slatter interviews Morcan and Australian producer Gil Ben-Moshe for IF Magazine.

Based on Morcan’s novel of the same name, the story follows a group of interconnected characters across the world as they seek redemption, forgiveness, and peace amid the events of 2020, Slatter reports.

Anno 2020 is the directorial debut of Morcan, 43, who began writing the novel soon after the initial lockdowns began in 2020 and also acts the film.

He said the film reflected a “multicultural kaleidoscope” of experiences.

The filmmakers are in discussions with distributors and also aim to enter the film on the festival circuit later in the year.