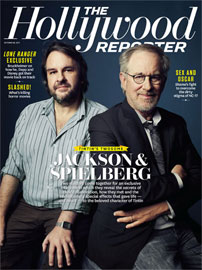 New Zealand filmmaking is at an all-time high thanks to Lord of the Rings’ director Peter Jackson who, 12 years ago, boosted the country’s Hollywood stock The Hollywood Reporter’s Pip Bulbeck writes. Jackson — who also appeared on the publication’s October cover with Tintin director Steven Spielberg — talks to Bulbeck on The Hobbit set in the Waikato. Discussing the next day’s shoot with the cast and crew of The Hobbit, he gazes up at the setting sun and appears overcome by a strange sense of deja vu. “I did this on this street 12 years ago, and it’s exactly the same,” Jackson says. “I don’t feel the same, though.” “With The Lord of the Rings, there was enormous pressure. There was a feeling that those films might not succeed,” he says. “Now, people have seen the Lord of the Rings movies, and they expect The Hobbit to be really something. The only thing I can do is make a movie I want to watch.” But while the public focus is back on the Shire, the entire New Zealand industry, big and small, is reaping the benefits of what has become known as the “Jackson effect.” Some of the higher-profile local features set for release in 2012 include Andrew Adamson’s Mister Pip, starring Hugh Laurie, and the comedy Two Little Boys, featuring Bret McKenzie and Australian comedian Hamish Blake.