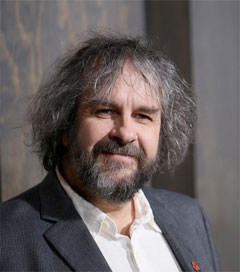 Peter Jackson explains how The Desolation of Smaug, the second film in his Hobbit trilogy, brought certain freedoms and how the “sole responsibility of this film [was] to just plant [his] foot on the gas and entertain people.”

As well as offering its makers creative freedom and dramatic scope, the second film also found Jackson hitting his personal stride, which maybe helps explain why The Desolation of Smaug, with its grand-scale adventure, has been lauded by critics who were less admiring of last year’s more playful part one, The Hobbit: An Unexpected Journey (which still pleased audiences enough for a $1bn worldwide gross).

And by mid-shoot the director and his huge New Zealand-based crew were getting better acquainted with some of the new technology they were using, such as state-of-the-art Red Epic digital cameras shooting in 3D at 48 frames per second (fps) instead of the usual 24 frames.

“By the time we were into this stuff, we were getting a head of steam up and getting a degree of confidence with the equipment we had,” Jackson recalls. “Even as a director, I was beginning to get into my rhythm. I got into the groove and I think you can feel that bit of directing mojo on the screen.”

With the Hobbit trilogy now nearing completion – post-production on third episode The Hobbit: There and Back Again is all that remains to be done – Jackson hopes that in 2014 he will be able to move forward on his next scheduled directing assignment, The Adventures of Tintin: Prisoners of the Sun, the long-in-the-works sequel to Steven Spielberg’s 2011 animated/motion capture adventure.

Tags: Peter Jackson  Red Epic digital cameras  Screen Daily  Stephen Spielberg  The Adventures of Tintin: Prisoners of the Sun  The Desolation of Smaug  The Hobbit: An Unexpected Journey  The Hobbit: There and Back Again