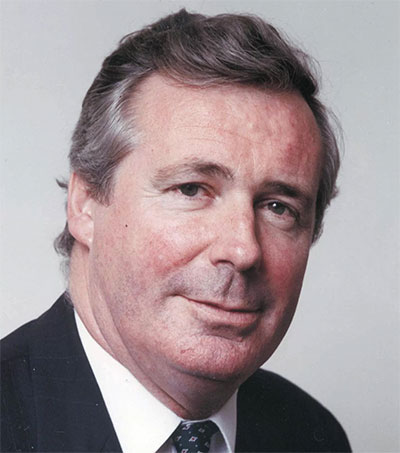 New Zealander Sir Paul Beresford, MP for Mole Valley in Surrey, UK, was born in Levin. He came to Britain in the “very early seventies” and worked in East London as an NHS dentist.

“London was an exciting place to live,” Beresford, 71, tells Guildford Dragon reporter Chris Dick. “Cosmopolitan, loads to do and a fantastic social life plus professional education. In those days not all areas were seen as safe but if you are a larger Antipodean and unaware, no place was really risky and everywhere was open.

“In the mid [to] late 70s I moved to a mixed NHS/private dental practice doing a lot of cosmetic restorative dentistry and living in Putney. In East London, I had found the area terrible with very poor social housing, bad NHS services, high crime, appalling transport and big local taxes.

“When I moved to Putney all of these were worse so, together with a young go-getter neighbour barrister, I decided to do something about it. She and I teamed up and realised the only way to be effective was to join local politics.

“[In addition to representing Mole Valley] I was a government minister for four years and then on the 1922 Committee Executive and latterly chairman of the House of Commons Administration Committee which has the huge task of running the House of Commons. This includes catering, banqueting, the chamber and committee rooms, aspects of security and so on.

“I [have] also used the backbench to bring in about 15-18 changes in the law, particularly on protecting children.”

Beresford was a “Remainer” during the referendum campaign. He explains his views now about Britain’s exit from the EU and the Brexit negotiations.

“It was a shock result but, in a democracy, one takes a deep breath and deals with the situation. The Brexit negotiations were expected to be hard and are proving to be, but they need us as trading partners just as we need them. However, the UK has great standing in the rest of the world and we will be better off out if we work at it.”