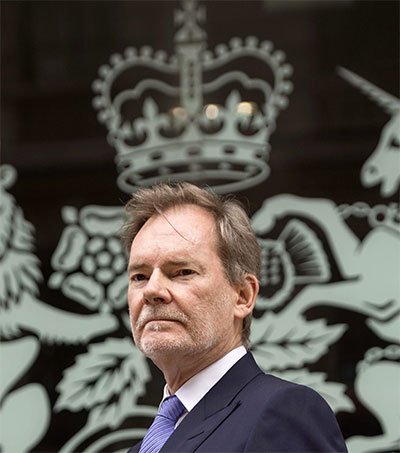 When the UK voted to leave the European Union in 2016, the British government had no chief trade negotiator and only a handful of people engaged in trade policy. As part of the EU, Britain hadn’t been able to forge its own trade deals since the 1970s. Prime Minister Theresa May pledged that would change after Brexit. To revamp its new Department of International Trade, the UK government hired Crawford Falconer, a grizzled, tough-talking trade expert from New Zealand, one of the world’s most pro-trade countries.

To make the new unit into a negotiating powerhouse, the government has drafted about 400 staffers, launched a school for trade negotiators, begun simulations of trade talks with the US and wheeled in retired British trade specialists to share tips.

But there is a problem: Come Brexit day, Falconer’s outfit probably won’t be able to land any significant free-trade deals. That is one issue of contention helping to fuel a recent standoff between Britain and the EU over the shape of their post-Brexit relations.

As it turns out, Britain may have to agree on a departure from the EU that foresees it staying in the trade bloc’s customs area for many years. That would mean the UK accepting the EU’s schedule of tariffs, severely restricting its ability to make free-trade deals with the likes of the US and Japan.

Falconer says he is unfazed by the prospect of a Brexit agreement that would leave the UK unable to strike trade deals around the world. “There is no reason for me to suddenly be worrying about Plan B over something that is not the government’s policy,” he says.

Falconer says his department is made up of “largely people who don’t have a lot of experience” in trade but who are smart and “just want to join in”. He bats away worries that his fresh-faced crew will be taken apart by the seasoned trade negotiators in the US or EU.

“The big-bang free-trade agreements give you more political leverage to do more things,” he says. “But there are alternatives.”