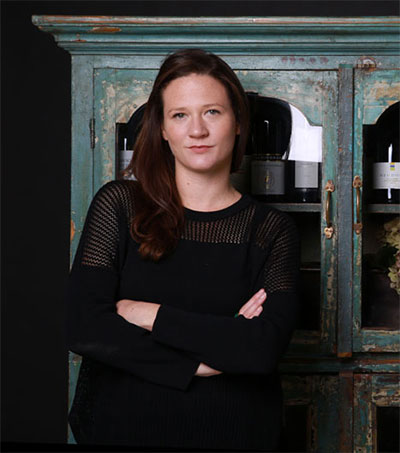 The New Zealand Cellar wine bar and wine shop is no cellar. It is very much above ground in Pop Brixton, a colourful site almost under the local railway line in south London. New Zealander Melanie Brown is the founder of the wine retailer, where things are going so well that Brown has just extended her lease to October 2020.

Brown, who already had an online retail operation and was advising New Zealand chef Peter Gordon on the wine list at his London restaurant The Providores, decided she wanted to open a bricks-and-mortar operation too – or rather, an upcycled-wood-and-metal operation. In May 2015, she set up a crowdfunding initiative to pay for it and reached her target of £42,000 within five days.

Today, in the somewhat cramped ex-container, round a corner from the reused orange boxes that serve as her retail shelves, is a tall, beautifully engraved slate listing all those who promised her more than £250. The first group comprises New Zealand wineries, the second British companies and then come the benevolent individuals.

Brown is a charismatic, driven character (she’s now planning a similar online operation for Australian wine). A recent tweet with an arresting black-and-white portrait of her in front of her bottles and a sheepskin-draped bench read: “We don’t ask for much, because it’s not about us, we act as a conduit to bring #nzwine wine to life, offering experiences & to evoke taste buds. Next time you buy a bottle of mass-produced own-label supermarket wine, ask yourself; who am I supporting? Because it certainly isn’t us.”

One potential problem was solved from the start by the entire Pop Brixton space having an alcohol licence for on- and off-sales. Brown’s model is to add a relatively low mark-up on wine served on the premises in glasses. She provides plastic glasses to those who want to roam around the food trucks or sit at the communal tables. The New Zealand Cellar is open all evening but rarely in the morning.

Mostly, when Jancis Robinson of the Financial Times tastes through a retailer’s range, she writes that she find highs and lows but the 24 wines Brown offered her were, she says, of uniformly high quality.

Admittedly, prices were far from bargain basement, and there were no producers that were completely new to her, but the quality of some of these more obscure New Zealand varietals was a revelation, Robinson writes.