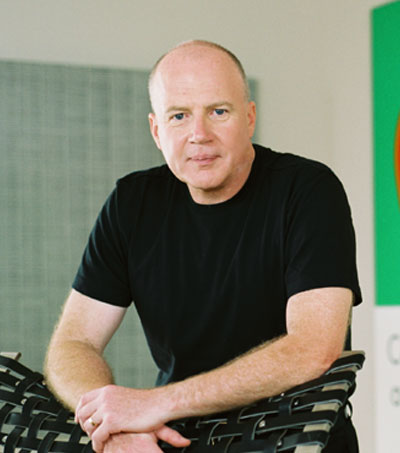 Criminal contamination of the milk supply chain in China embroiled New Zealandís largest commercial organization Fonterra in a crisis that left four babies dead and 3,000 still in hospital. An estimated 54,000 children were…

New Zealander Geoff Vuleta, co-founder and chief executive of New York-based innovation consultancy company Fahrenheit 212, commutes between the US city, and home to Auckland every 8 weeks. Vuleta discusses his frequent-flyer lifestyle, and…

Since 2005, Auckland-born Briar Simpson has worked in Japan for the Tokyo branch of non-profit organisation Animal Refuge Kansai, where she finds homes for animals and coordinates fundraising and educational programmes for children….

Defender of the Skies

Air New Zealand is aiming to be the cleanest airline on the planet, recently making headlines with fuel-saving and environmentally conscious initiatives including demonstrating a new way of flying an airplane and testing the…

New Zealand-born James Fraser founded UK landscape firm Avant Gardener in 1990, which continues to operate from a nursery out of Battersea in London. One of Fraser’s latest projects is profiled in the Telegraph,…

Villa Away from Chateau

New Zealand possum fur is being imported by Portland-based company Eco-Luxury which produces throws, cushions and bedspreads, “for all of the luxury and none of the guilt.” On a trip to New Zealand,…

Auckland-based bar group Minus5 is opening the first ice-lounge in the United States, in Las Vegas, on September 26. Named for the temperature maintained within its 1,200-square-foot main room – 5 degrees Celsius below…

Hill Moves into the US

Michael Hill International (MHI) has purchased 17 stores in the American cities of Chicago and Missouri for a sum of US$5.5 million (NZ$8.1 million). “Chicago is a good market for a newly arrived retailer,…

Former Radio New Zealand reporter Dean Williams has turned his talents to the world of hospitality in Cambodia’s popular tourist destination, Siem Reap. According to The Phnom Penh Post: “In September, Williams will open…

New Zealander Grant Harrison, 44, Hutt Valley High School old boy and owner of American health benefits company Humana, one of the largest in the United States, is the man behind bike-share programme

Digging Up the Sandpit

Auckland investor Graeme Hart, 53, owner of the world’s second-largest drink-carton maker, Alcoa Inc. has surpassed both Donald Trump and Sir Richard Branson in the wealth stakes, doubling his bank account over the past…

Snug as a Bug

Merino Kids founder Amie Nilsson designed the award-winning Cocooi Babywrap with biblical swaddling in mind, keeping babies safely on their back and asleep longer. Swaddling creates a slight pressure around the baby’s body that…

New Zealand company Medtral is attracting American medical tourists 7,000 miles across the globe searching for quality non-acute surgical procedures at cheaper rates than their own system is able to offer. Medtral says it…

Waitara-born Stephen Jennings, CEO of the leading investment bank in Russia and sub-Saharan Africa Renaissance Group, believes that in the coming decades “the world’s largest businesses will be from new world economies and…

New Zealand graphic designer Giles Barker and his wife, trained chef Vanessa Kettelwell established confectionary company Bloomsberry & Co in 2001 and already they’ve have had their chocolate bars whipped out “from under…

Air New Zealand and Boeing plan a three-hour test-flight at the end of the year using fuel produced from jatropha, a poisonous tree which grows seeds rich in oil. The airline expects to use…

Divided into four tribes: kea, ruru, tui, and weka, 200 employees of US firm Seagate Technologies face the elements in the mountains above Queenstown in a week-long “mother of all of team-building events”. CEO…

In 1949, New Zealand engineer and economist Professor William “Bill” Phillips astonished the London School of Economics revealing his “do-it-yourself” creation: an analogue computer model of the workings of the British economy. The Monetary…

One of the greatest inventions of all time, according to the New Zealand Post, is New Zealand’s spreadable butter, and the Telegraph’s Bee Wilson agrees. “If it weren’t for the New Zealand Dairy Research…

Aquaflow Bionomic Corporation, a New Zealand-based company, is likely to be the first of its kind to produce biofuel from large quantities of wild algae. Aquaflow’s chairman Barrie Leay said his company had successfully…

At the Helm of Harrod’s

New Zealander Margot Henderson, sought-after London gourmand and the other half of Arnold & Henderson catering, does not like to use the word ‘simple’ when describing their menus. “It’s more like it…

Neil Berkett has been promoted to a permanent role as chief executive at Virgin Media. Berkett took on the job at the cable company as acting chief executive in August last year when Steve…

All for a Chat Show

Twenty-two year old Christchurch design student Nick Lowe wants to raise $1 million on YouTube in the hope of millionaire-status and a spot on Ellen Degeneres’ talk show. This week Lowe passed the $1,000…

Paddy Gillooly owns a tourism company in New Zealand which takes visitors by jeep or all-terrain bus to the tip of the South Island’s Farewell Spit, one of only two companies permitted the…

Tips for the Irish

Irish sheep farmers are looking to their New Zealand counterparts for advice on how to make more money tending their flocks. Lincoln University’s Dr John Hickford spoke at two conferences in Kilkenny and Athlone…

No longer are New Zealand’s fashion tastes being derided for unbecoming tracksuits and shoes, the local fashion industry is pinning the country on the style map. New Zealand is now home to a vibrant…

Two Yorkshire property developers are enthusiastic about the benefits of investing in property in New Zealand; Ian Payling and Dave Rothwell-Wood built the ‘Lemon-Tree house’ on land north of Auckland. Once the sale was…

Sydney’s most famous landmark is now presided over by New Zealander Richard Evans, who last month became chief executive at the Opera House. Among the challenges Evans will face, is raising some NZ$790…

Christopher Liddell, Chief Financial Officer at Microsoft since 2005, and the former senior New Zealand business leader is the architect of Microsoft’s recent $44.6 billion takeover offer for Yahoo. Liddell is now dealing with…

Former Aucklander Andy Lark, recently appointed VP of global marketing and communications at Dell, is one of the technology industry’s “Most Influential” communicators according to PR Week. Champion of big business…

The opening of a new hotel in Christchurch coincided with the launch of a film detailing the unusual story behind its development. Hotel SO is the result of property developer Dave Henderson’s 13-year clash with the…

An NZ couple has launched a line of tasteful tourist tees in Canada. Last year, Lauren McKee and Wynne Pirini left home, and their respective careers in accountancy and construction, to start a creative…

Wellington-based Ponoko is one of a wave of new companies offering personalised product manufacturing services online. Founded by David ten Have and Derek Elley, the Ponoko website lets customers upload designs for cases and enclosures…

Chairman of the Internet

NZ lawyer Peter Dengate Thrush has been named chairman of the Internet’s chief governing body. Dengate Thrush will head the LA-based Internet Corporation for Assigned Names and Numbers (ICANN), which is viewed as the online version…

NZ’s eye-catching B_E_E products featured in global style authority Monocle this month. Based in Auckland, B_E_E (Beauty Engineered for Ever) produces high quality cleaning products that are as easy on the eye as they are on…

A miniature variant of the NZ kune kune pig has become the must-have pet in Britain. Chris Murray, co-owner of Pennywell Farm in Devon, began breeding the pigs nine years ago. He crossed kune…

Wellington-based Sidhe Interactive is the creative brains behind Jackass: The Game, released in the US by Red Mile Entertainment and MTV Games on September 26. The company hopes it will sell over a million copies,…

NZ social researcher Brent D Taylor has applied Edge theory to economics in his new book Outsider’s Edge: The Making of Self-Made Billionaires. Taylor has spent the past four years studying the backgrounds of some of…

Marketing entrepreneur Andy Lark is the latest New Zealander to land a top job at a leading US technology firm. Lark has been appointed global vice-president of marketing and communications at Dell, one of the world’s…